Recently I came across a photo taken by a distant relative in the early 1920s. He and his wife were doing the “grand tour” of Asia, traveling by steamship. Their photo album chronicles their amazing adventures. Amid photos of various architectural landmarks was a photo of a row of dead tigers, which they presumably shot somewhere in Southeast Asia. It is too grotesque to post here. They probably thought they were doing a good deed, eliminating these fierce predators so they wouldn’t eat villagers’ chickens, goats or even the villagers themselves. Now of course, tigers are highly endangered and few people would think about a massacre of this sort.

Recently, an Oregon wolf, the much ballyhooed OR7, has wandered over the state border into California and now it’s been documented that he has mated and has at least two pups. Until a generation or two ago, wolves, too, were maligned, as they still are in certain parts of the U.S. Ranchers are not pleased with OR7 because of the potential danger to sheep or beef calves, but most folks welcome this reintroduction of the animal into the state. We indeed have manipulated the ecosystem of California in huge ways. Our state symbol, the grizzly bear, became extinct in California in the 1920s. If grizzlies roamed the state today, there would certainly be clashes between man and beast. We may yet have issues with wolves should they once again become common here.

Certain countries in Africa are banning sport hunting altogether, even though it means a substantial drop in income. A well meant thought, but in reality the encroachment of civilization and the inevitable clashes between man and beast is more of an issue in the decimation of large mammal populations. Add to that the harvesting of elephant ivory and rhino horn and you have a big problem. 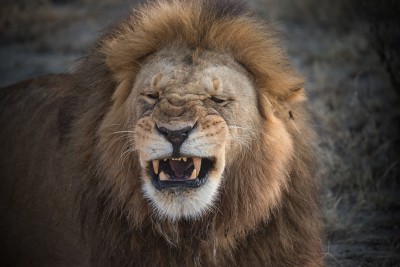 We tend to idolize large predators, from polar bears (now the poster critter for climate change) to wolves, and in some ways regard them as a step up from plush toys. That they are not. Although in the wild they prefer to keep their distance from humans for the most part, they would just as soon kill you as lick you. That plush toy mindset cost Timothy Treadwell his life a few years ago when he tried to befriend brown bears on the Alaska Katmai cost. Mountain lion hunting was banned some years ago in California, and now they are something to be wary of; some years back, a jogger was killed by a mountain lion.

Today, the ethics of wildlife photography are well defined. Considerate photographers do as little as possible to interfere with the animals’ natural behaviors. That includes not feeding them (even inadvertently, as with garbage) or disrupting their natural patterns in any way. Since 2000, I’ve been visiting two bear reserves, Anan Creek and Pack Creek, in Southeast Alaska. Interestingly, both humans and bears have established an elaborate set of rules. The humans are the animals most restricted in movements, and rangers are on hand to make sure no one disobeys. In turn, the bears, usually busy fishing for salmon, know that the strange bipeds with long black things mounted atop three metal legs mean no harm. However, they almost never approach very closely. The joke is that bears can count, and will never approach a large group; however, I’ve seen exceptions to that rule.

For the serious wildlife photographer, photographing in a zoo is frowned upon. The esteemed nature photography organization, North American Nature Photographers Association, now refuses to publish photos of any captive animal. Anyway, there is something different about captive animals, who seem to lack wariness and a certain musculature found in wild animals.

How times have changed. I won’t be slaughtering tigers or bears anytime soon; however, given the opportunity, I will “shoot” them with my cameras.