Some people always know what they want to be when they grow up. I wasn’t one of them, although I loved drawing and painting. When I was perhaps 12 years old, my mother put the big 1930s-era family Kodak folding camera in my hands, instructing me to take a group family portrait. I was terrified by the controls and the numbers. My photos were fuzzy, and there were light areas around the edges. I blamed myself for these failures, vowing never to touch another camera.

In high school and college (University of California, Davis), I continued with my art and writing. After graduation, I did some traveling. I found myself in Japan, where I bought a little automated camera. There, I took a few lucky photographs. I made several trips to Japan, and finally, following the advice of friends and bought a Nikon camera and a couple of lenses. Soon I moved to Alaska, where I bought a garage-sale darkroom setup, a Time-Life book on how to develop negatives and print photos, and I was on my way. Or so I thought. My photos were still amateurish and often fuzzy. One day I answered a want ad for a darkroom assistant for a local commercial photographer. Soon, I learned the craft. In those early years I made some lucky images, getting published in the state’s largest newspaper and also Alaska magazine, where I was paid a whopping $5. I was thrilled. I also made a trip to a large park called Katmai in western Alaska, and I documented my adventures there in black and white.

A local publisher was doing a guidebook on a place called Katmai, needed black and white photos, and so we connected. I ended up not only working on the Katmai book but two others. Under my former name, Johannsen, I co-wrote a guidebook, about a popular recreation area near Anchorage called Prince William Sound. Soon I was hired by Alaska magazine as an associate editor/staff photographer. In addition to writing and editing articles I wrote two in-house books called Facts About Alaska and Alaska Farms and Gardens. During all these years I traveled the state and found extraordinary photo ops. Many of these images made their way into national and international publications. Over the years, clients have included National Geographic books, National Wildlife Federation, Sunset magazine and other publications almost beyond counting.

About 30 years ago, I was asked to teach photography and journalism at the local community college near where I now live in California east of Sacramento. Teaching, both in classrooms and via small workshops, has become my greatest calling, my way of giving back for the many opportunities I have had. Great light and composition continue to excite me. It is my passion and joy to share this enthusiasm. Many students have joked that I have “ruined their lives,” that they see things so differently now. I am grateful that I can help. Although I no longer teach in a formal college classroom setting, I enjoy sharing my knowledge through numerous workshops and trips.

All the while I have continued writing. While living in Sacramento I was managing editor and then editor of Sacramento magazine. In 2012, I wrote a book about a historic Gold Rush town, Images of America: Coloma, published by Arcadia Publishing. I’ve also written two editions of  a book called A Handbook for Global Careers. 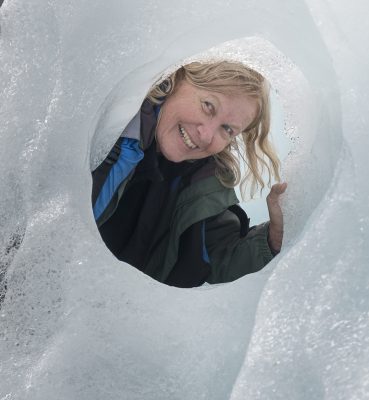