For some reason, whales have been on my mind. I love these gentle giants and have been photographing them for years. The species I photograph are humpbacks, so named for the curved backs displayed when diving. They were hunted to near extinction until hunting of them was banned in 1956. Since then they have rebounded wonderfully.

Successful professional photographers can often point to one defining image that put them into the big time. For me, it was a photo of a breaching (jumping) humpback made in Prince William Sound, Alaska, when the animals were still rare. On the day that I got the shot, everything seemed to conspire against me: I was on a slow-moving sailboat, shooting a film camera with manual advance, no quick acting motor drive. We had seen some commotion in the water and so we pointed the boat that way. Because I had no tripod, I flattened myself on the bow with a 300mm lens, took a few photos, and said, ho hum, didn’t get much. We went home, I mailed the Kodachrome film for processing to the closest lab (in those days, in Palo Alto, California) and a few weeks later got the slides. Grabbing the package from the mailbox, I shuffled through the slides and found this keeper, a photo I didn’t even know I’d taken. 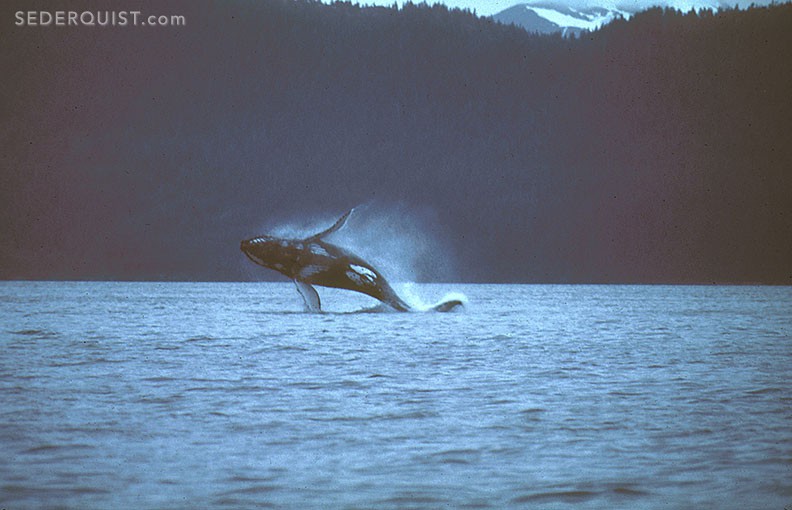 It ain’t much compared to what’s out there today, but it was the shot kicked around the world. Magazines and books near and far printed it. The Microsoft Encarta Encyclopedia still uses the image today.

Humpbacks can be notoriously difficult to photograph, as they are underwater most of the time and it’s difficult to predict where and when they’ll surface. Fast shutter speeds and advance positioning help. Often a whale will breach again and again in the same place. More typically they will roll on the surface several times before sounding for ten to fifteen minutes.

I’ve led photo adventures for Dolphin Charters in Southeast Alaska since 1999 and over the years have rejoiced in recording the antics of these amazing marine mammals. I have a perfect setup: a large, relatively stable platform from which to shoot, a captain who is a marine whale biologist and understands and somewhat predicts their behaviors, plenty of time with these great creatures (we sometimes spend hours with a group of whales), and a warm, cozy cabin afterwards where we can download our images on our computers for almost instant feedback, so different from the film days and waiting weeks for processing. I’ve learned so much more about our Alaska whales, about their annual migration from Hawaii, mother/calf bonding, lobtailing, pectoral fin slapping, bubble feeding, and yes, breaching. No one really knows why they breach, but typically the younger, more feisty whales breach more often than the adults.

A couple of years ago, we were at Point Adolphus, south of Glacier Bay, when a whale breached only ten feet from the boat. Fortunately the 45-ton animal fell away from the boat rather than on us. It doesn’t make for that great a shot, but I think you can get a sense of the moment in this image as the whale erupted out of the sea. It was a bit too close for my big lens, and yes, a bit too close for comfort. 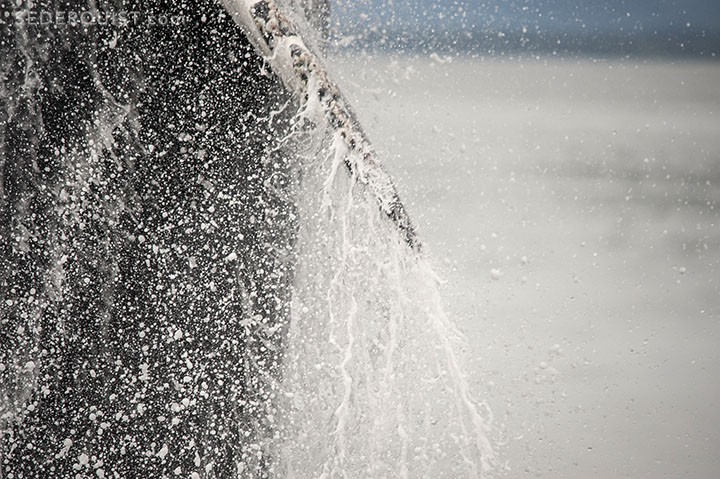